Nidhi Singhal, PhD, is the Director of Research & Training at Action For Autism, New Delhi. With over 20 years of experience,  Dr Singhal facilitates diploma and graduate programs, workshops, sensitization and awareness activities with a range of stakeholders including autistic individuals, parents, educators and other professionals, civic bodies, government agencies, employers and corporates and for lay persons to understand autism and create inclusive environments. With extensive clinical training and experience combined with a strong background in research, Dr.Singhal has been involved in several applicable research projects in India which speak to better lives for people with disability, as well as demonstrating the advantages of integrated community living.

She has authored books and articles on autism and is a reviewer for several international autism journals including Journal of Autism and Developmental Disabilities, Research in Autism Spectrum Disorders, Journal of Intellectual Disability.

Dr Singhal is passionate about creating supports that are respectful and assist people to have valued roles as contributing members of society, with full, rich, and meaningful lives. She attended the inaugural SRV course held in New Delhi in 2016, attended PASSING in 2017 in the US, and piloted the use of PASSING in India with a small team of PASSING trained colleagues. She has been both teaching and using the ideas both at Action for Autism and in training programmes elsewhere, and is active member of the All-India SRV Leadership Network (AISRV). 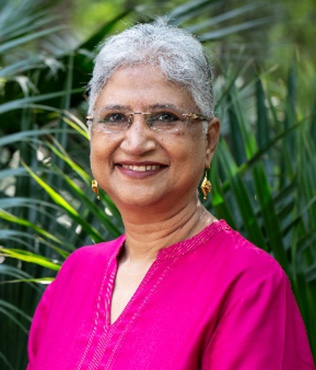 Geeta Mondol serves as Project Leader for Keystone Institute India, providing consultation and education in many programs and events. She has decades of experience in working with, and being with, people with disabilities, and is also a parent of two young men, one of whom experiences autism.

Geeta oversees the creation of exit paths from two government-run institutions for people with disabilities in the north of India, using her considerable experience with Social Role Valorization as her foundation. Many of the people she served have been abandoned by family and their communities, and she has helped the re-establish family and citizenship roles under trying circumstances.

As a graduate of the very first extensive Social Role Valorization course offered in India back in 2016, she has continued her learning by attending PASSING in the USA, and teaching short courses across India in both Hindi language and English. As well, she served on an evaluation team which piloted the use of the PASSING instrument in India. She has found the ideas of Social Role Valorization important in her work and within her family. 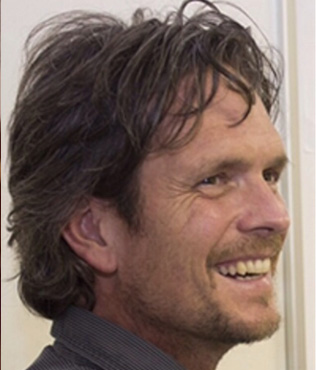 Jack Vermeulen is a family support worker at Pameijer in The Netherlands. Jack serves as a leader and teacher in his organization and beyond regarding the principles of SRV and has recently initiated a project there to assist several people to be supported to move into valued roles in their relationship, community, civic and work lives. He first became aware of SRV principles through the work of Janet Klees and Michael Kendrick, and attended a full SRV workshop for the first time in 2006 under the leadership of Darcy Elks. He has served as a group leader at SRV educational events in the US and Holland, and has been part of multiple Passing experiences. He has served on several bona-fide evaluation teams, as well as led an introductory PASSING team. Through his studies of SRV he has developed a deep sense of the impacts of social devaluation and wounding in people’s lives and has a particular interest in Citizen Advocacy as a means of safeguarding marginalized people. 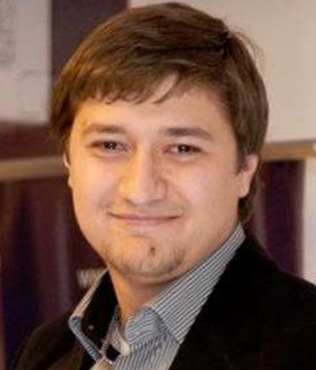 Sergiu Toma, PhD, is a psychologist, educator and consultant dedicated to supporting vulnerable people and their families in overcoming adverse social circumstances in Republic of Moldova. He was first introduced to Social Role Valorization in 2011, completed PASSING training in the United States, and has taught elements of SRV in Romanian and English languages in Moldova as well as India. He served a Support Psychologist Coordinator at Keystone Human Services Moldova on a national level, working with a team of SRV-trained professionals and family members transferring children and adults with severe mental disabilities from institutions back to their families or into community-based services, developing the legal framework for newly developed services, and improving the environment for better social inclusion of persons with intellectual disabilities. He has also supported an Equal Access to Education Project implemented by Keystone Moldova, focused on inclusive educational practices for children with special educational needs, and currently leads an early intervention project based in Chișinău, Moldova.

He has presented internationally on the subject of Social Role Valorization, and has worked on applying the principles of Social Role Valorization in areas such as initial and ongoing training for direct support workers within community-based services for children and adults with disabilities, providing numerous SRV-grounded person-centered planning activities for children and adults in visioning a better future and ongoing support for their implementation, and positive behavior support.

Dr. Toma has a University degree in Pedagogy, a Master’s degree in Psychology and Educational Sciences (Moldova State University), and a PhD in Psychology, and completed his thesis on inclusive educational practices, using his knowledge of Social Role Valorization in his research.

Keynote Address: On Belonging and Families in the Australian Context (Working Title) 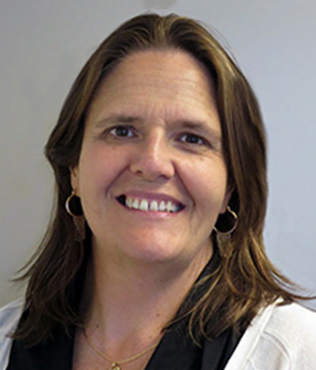 Cecile Sullivan Elder is the Executive Officer at Family Advocacy (NSW, Australia) and is appointed by the Management Committee to oversee the day-to-day operations of the organization. Cecile has worked as a professional within the disability sector for over 25 years in many roles from Community Visitor with the Ombudsman Department, TAFE teaching in Disability Studies and Change Management within the disability service sector. She has extensive experience with self-management of funding for people with disability. Cecile has undertaken a Bachelor of Applied Science in Disability Studies through Deakin University and has been an avid learner of Social Role Valorization. She strongly believes in the leadership of well-informed families and she is passionate about ensuring that Family Advocacy continues to be a strong, independent and well-informed organization, and works with the staff and Management Committee to this end.

Keynote Address: The Challenge of “Non-Programmatic” Issues in Service Leadership 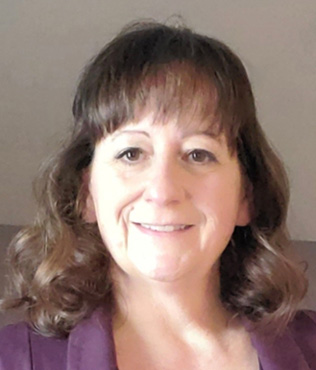 Miriam Kaye lives in Red Deer, Alberta and currently works as the Executive Director of Etana, a nonprofit society that provides supports to adults with developmental disabilities. Her previous roles include Service Coordinator and Business Plan Project Specialist for the Persons with Developmental Disabilities Program (PDD) in the Government of Alberta, Coordinator of Inclusive Post-Secondary Education and direct support worker and supervisor, mostly in residential supports for adults with developmental disabilities. Miriam has served as a volunteer Board member for several advocacy organizations and has been the Chairperson of the Alberta Safeguards Foundation for over ten years. She has organized, led and taught at many workshops including SRV and PASSING and is a member of the North American SRV Council and the Moral Coherency Study Group. 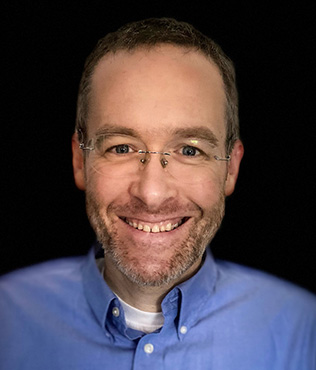 Marc Tumeinski, PhD, is coordinator of the SRV Implementation Project. He teaches workshops based in Social Role Valorization. As a service worker, he supported children and adults with mental disorders, as well as physical and intellectual impairments, to have valued social roles at home, school and work. Marc has evaluated a variety of human service programs in North America, including several Citizen Advocacy programs. He has worked with families and agency staff to think about what might be ideal for someone receiving services, and has led planning sessions on how to move towards that ideal. Marc has a strong interest in analyzing the problem of violence in services, and he has written articles critiquing the use of restrictive practices and restraint. He has presented on these topics in the US, Canada, Australia, New Zealand, and the Netherlands. Marc’s current work with SRV focuses on PASSING and on Model Coherency. He is the founding Editor of The SRV Journal, and of the later supplement SRV News and Reviews, which contains original articles, vignettes, book and film reviews on topics related to Social Role Valorization and PASSING. He is a member of the North American SRV Training, Development and Safeguarding Council, and meets with other SRV teachers from across North America twice a year. He also belongs to the study groups surrounding Wolfensberger’s advanced topics. Marc has presented at several international SRV conferences. He and his wife Jo Massarelli offer their home in downtown Worcester, Massachusetts (US) providing hospitality for poor and homeless people.

Keynote Address: All Roads Lead Back to SRV: Lessons Learned from Teaching SRV to College Students

Erica Baker-Tinsley is a Professor and Coordinator of the Developmental Services Worker Program at Loyalist College in Belleville, Ontario, Canada. Before beginning her teaching career, she worked as a Family Support Coordinator providing support to people with intellectual disabilities and their families. It was through that work that Erica was first introduced to Social Role Valorization. Over the past 25 years, she has been involved in teaching SRV to service workers, administrators, families, and students at both high school and post-secondary levels. In addition to SRV, Erica is passionate about community development approaches that build strong communities where all members are welcomed and supported. Through her involvement in various non-profit organizations, Erica has engaged in advocacy work promoting inclusive education, food security, and affordable, secure housing. Erica has a Bachelor of Arts Degree in Disability Studies from Ryerson University and a Master of Arts Degree in Community Development from the University of Victoria. She is currently a Board Director of the Southern Ontario Training Group, and a member of the Social  Role Valorization Development, Training and Safeguarding Council.